Casinos didn’t really come into their own until the 19th century, but the majority of the games have been around for hundreds of years, being played in parlours or in bars, whereas they’re now played in luxury resorts or online at sites like Betfair Casino. But while craps and blackjack are easy to play with just a few handy items you can fit in your pocket, roulette is a different story. The wheel and the felt needed for betting made it more of a parlour game than a bar one – but just how did it come about?

Well, roulette wasn’t originally intended to be a game – it was invented by Blaise Pascal, in the mid-17th century, as an attempt at creating a perpetual motion device. Unfortunately, the wheel couldn’t spin indefinitely and this approach to perpetual motion was abandoned by Pascal, but the wheel itself remained. It wasn’t a big jump to attach numbers into slots as the unpredictable spin of the wheel meant that it also served well as a means to randomise the selection of numbers. It wasn’t long before the wheel began to be used in a number of games that needed randomisation and the roulette wheel became a staple of the nobility.

Roulette as a game has gone in and out of favour, with a ban in Germany in the mid-19th century having a major impact on how the game developed. A pair of brothers took the wheel across countries from Germany all the way to Monaco, where the wheel has become something of an institution. The unique feature of roulette wheels here as opposed to the ones played in America is one of the main driving factors that sets Monte Carlo apart. What is that difference? Well, you’ll have to find out by reading the breakdown below!

Yes, this exploded view of a roulette wheel goes through all the different elements and how they fit together to create a complete gambling machine. Did you know that roulette wheels have a height adjuster? How about what they make the ball out of? If you’re looking to find out more, just read on! 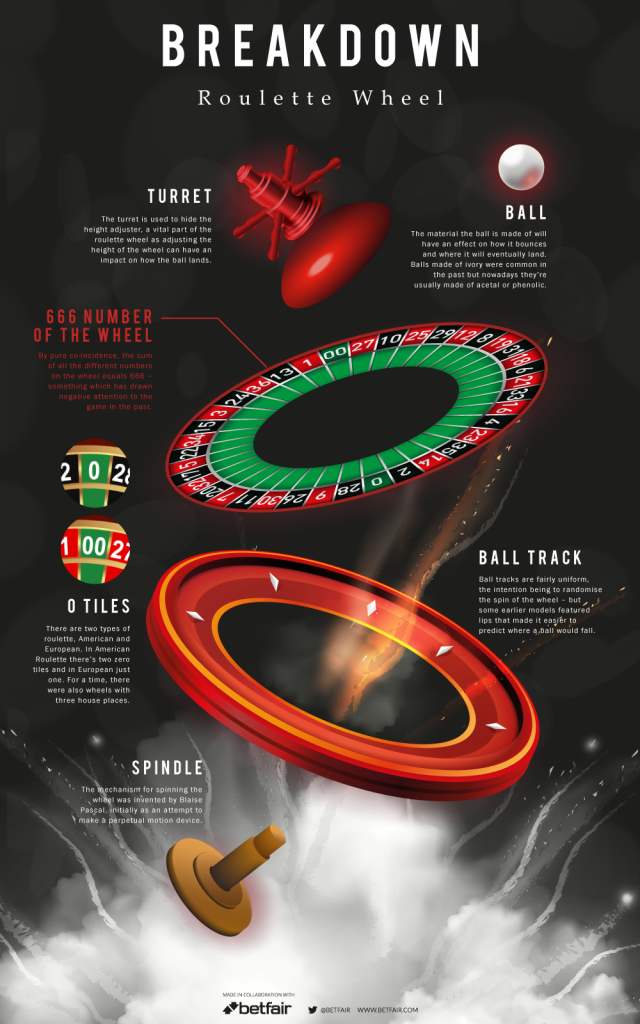